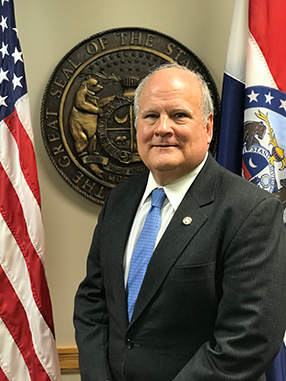 David M. Grothaus David is a native Missourian and a Helias High School graduate. After five years as a Missouri State Trooper, he was a Special Agent with the Bureau of Alcohol, Tobacco, Firearms & Explosives in St. Louis, Wyoming, and Washington, DC, where he served in several management positions. His career spans 43 years and includes military service in the Air Force and Army from 1976 until 2017, when he retired from the Army Reserve. David has undergraduate degrees in Criminal Justice and Management/Accounting from St. Louis Community College-Meramec and Webster University, respectively. He also holds a Masters in Management from The Johns Hopkins University and has earned several other professional certifications.

David and his wife, Pam, have been married 42 years and have two children. Their daughter, Shannon, is a writer in Fort Myers, FL, and Matthew is a helicopter pilot in the US Marine Corps.